The Important Facts on Teen Drug and Alcohol Abuse in America

When it comes to teen drug and alcohol abuse in America, we at Natural High want educators and parents to —

In order to make successful prevention a reality, it is vital that every parent and educator in America first understand the scope of the problem.

Despite increasing public awareness around the current opioid crisis, youth substance abuse continues to be a growing epidemic in America, with teen death rates from substance abuse soaring over the past decade.

Solving the problem starts with awareness.

This is why we’re starting off our Natural High Essential series on a serious note — looking right into the heart of the problem so we can find solutions.

According to Columbia University, Youth Substance Abuse is America’s number one health problem.

Let that sink in.

1 in 4 families are touched by addiction and over 20 million Americans have a substance abuse problem. Substance abuse is one of the leading causes of death for youth.

For those whose lives are not taken but who become addicts, it can be a lifetime of trauma and wasted potential.

Unfortunately, the problem is more grave than ever. The current wave of opioid deaths means that more than 72,000 people in the US died from drug overdoses in 2017 — this 2017 death toll is higher than all US military casualties in the Vietnam and Iraq wars combined. Add to that 88,000 alcohol-related deaths annually and the impact is staggering. 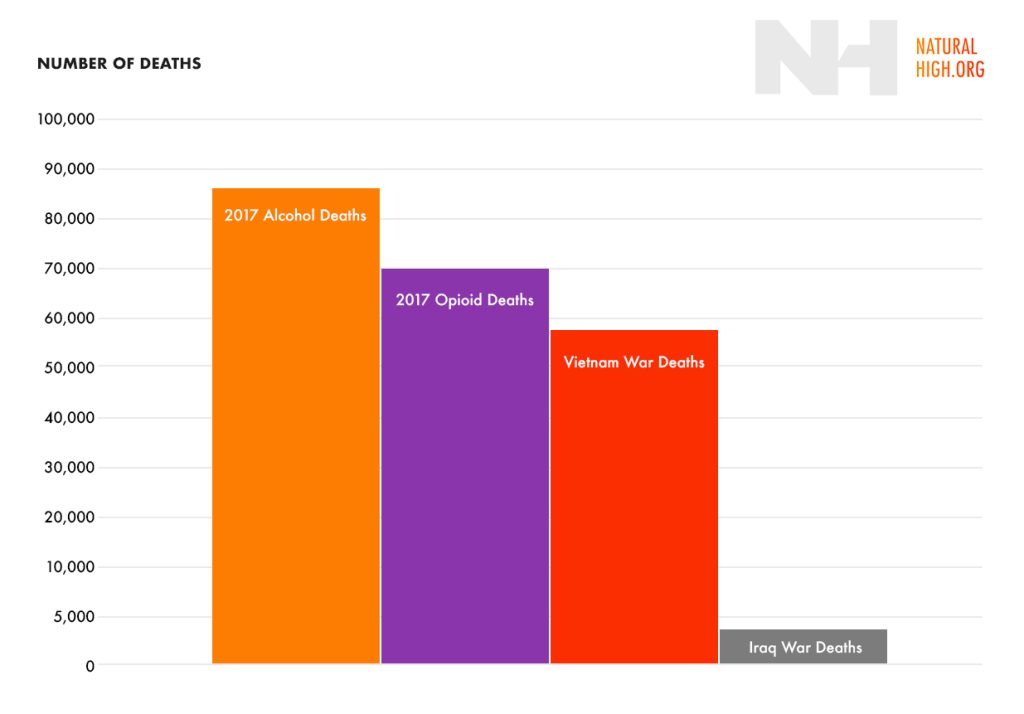 The Trust For America’s Health (TFAH) issued an alarming report which shows that:

These stunning numbers are largely due to the opioid crisis that has gripped our nation. But it’s not just opiates — the same age group has seen a 69% rise in alcohol-related deaths over the past decade, and a 35% rise in suicide, which is often alcohol- or drug-fueled.

In fact, according to studies, over 50% of all suicides are associated with alcohol and drug dependence and at least 25% of alcoholics and drug addicts commit suicide. Over 70% of adolescent suicides may be complicated by drug and alcohol use and dependence.

And as shocking as these death rates are, they represent only a fraction of the total number of lives that are ruined by addiction to alcohol and drugs.

This is a massive issue for all parents who want to raise their kids to make good choices and for all educators who want to play their part as positive role models and help steer kids in the right direction.

And yet, there is no public prevention system designed to educate kids around drug and alcohol abuse and develop protective measures.

Think about this. It’s probable that your child has no formal and meaningful dialogue and education about how to avoid the epidemic of drug and alcohol abuse. This is one of the most important life lessons that we can give kids… and we fail miserably as a country.

We need an all-hands-on-deck approach to tackling this problem, an approach that starts early in a child’s life and involves parents, educators, role models, and mentors.

We want to give you the tools that you need, to equip you to have life-changing conversations with your children about drug and alcohol abuse.

According to the research, it’s never too early or late to start drug prevention conversations with your kids. But the earlier you start the better. Since 13 is the average age most kids in America try drugs or alcohol for the first time, it’s important to get in front of it early. Why?

Because young people that start drinking or using drugs at an early age are 8 times more likely to develop an addiction.

This why delaying first-time use literally saves lives.

Research shows that if first-time use in youth is delayed by 12-24 months, the likelihood of addiction drops dramatically.

Start your conversation today with your child.

If this post sparks urgency in you — good. Use it as motivation. It’s time to act. We owe it to our young people. Don’t wait.

We’ve made it easy for you. We provide powerful videos from storytellers that kids admire. We provide discussion questions that are easy conversation starters.

We’re here for you in this important fight. Click here to access our resources for free and start your conversation today 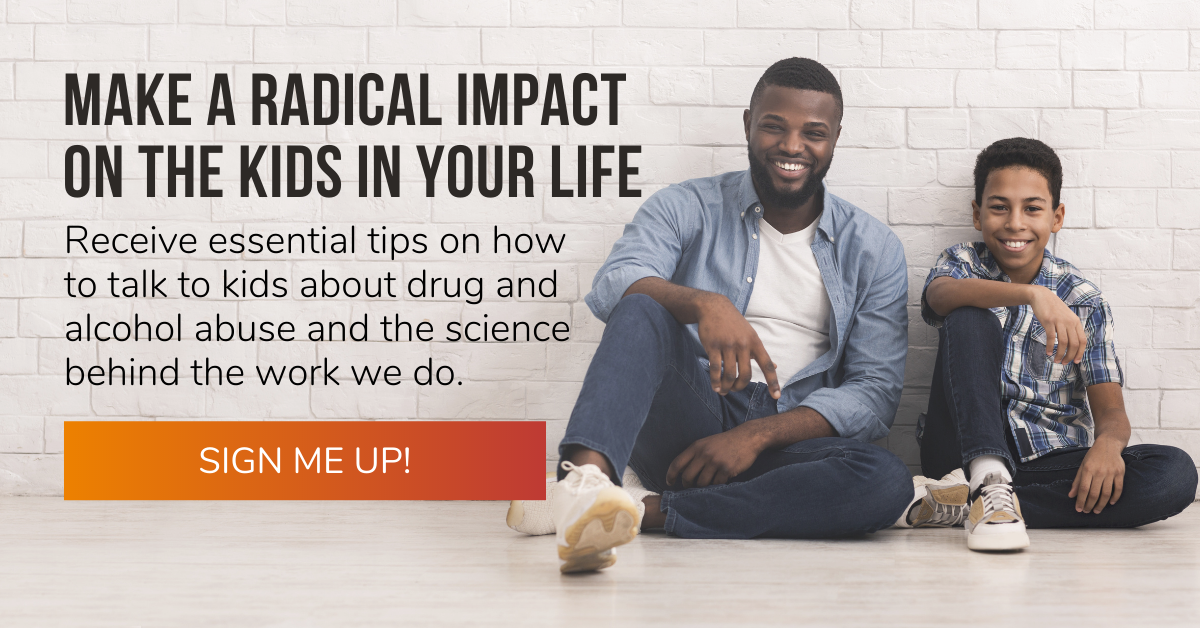