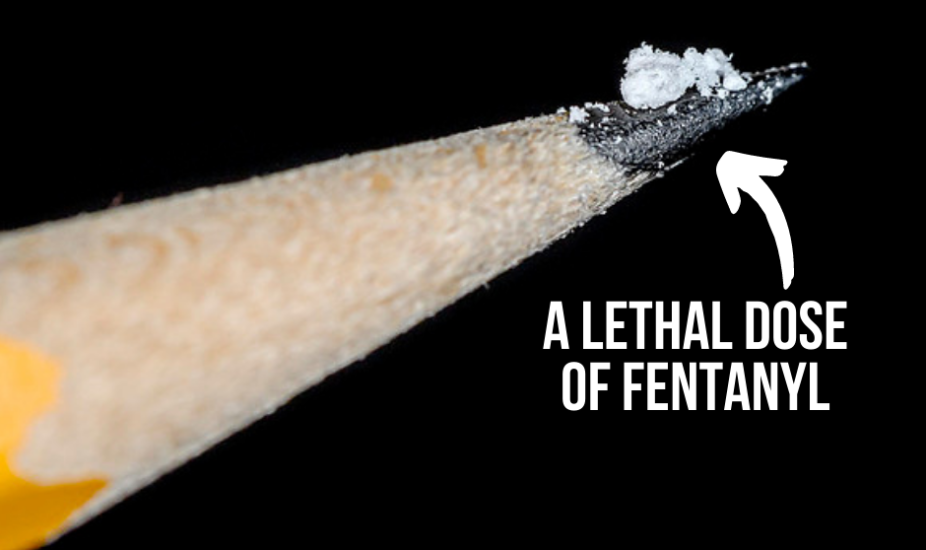 The Risks of Fentanyl Poisoning To Teens

Drug prevention programs aren’t what they used to be. The main focus a generation ago was: “Say NO to drugs!” Nowadays, the threats are much more insidious, drugs are more readily available to children, and the risk of overdose is drastically higher.

There’s a growing crisis across the country, and most parents are still unaware of the dangers to their kids.

Fentanyl poisoning is killing kids — not just from ‘over there’ but in every neighborhood and school.

There are too many stories in the news featuring young people killed by fentanyl poisoning. It’s not just happening to kids who you think are ‘bad’ or ‘troubled’. It’s happening in middle schools across America.

It’s twenty times cheaper to produce than other illicit substances, it has a stronger hook to addiction, and drug dealers are lacing every drug you can imagine with the poison.

Only two salt-sized grains of fentanyl can kill someone — it’s fifty times stronger than heroin.

The DEA has reported that more than 1 in 4 pills are laced with the poison. And according to CDC data, synthetic opioids (primarily fentanyl) contributed to 62% of the 2020 overdose deaths. 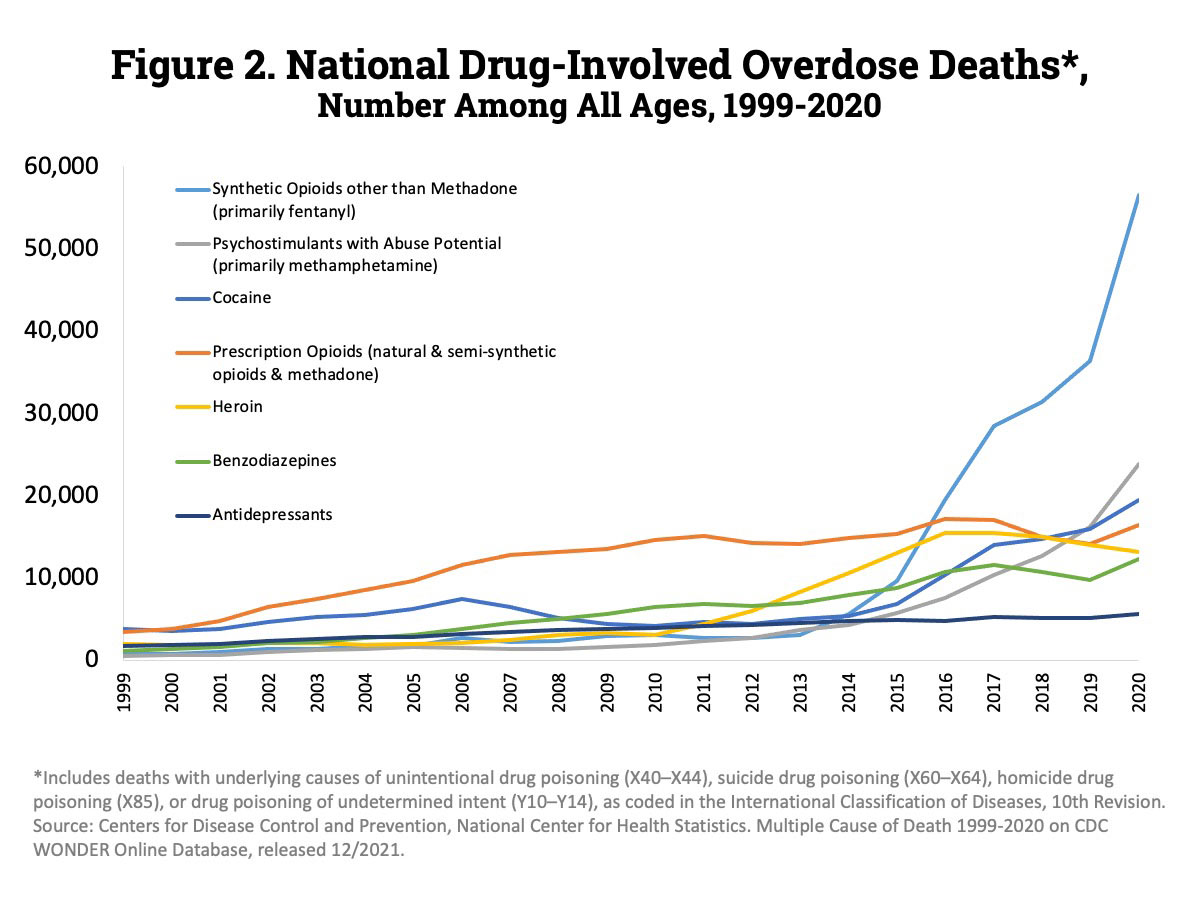 Why Add Fentanyl To Other Drugs Like Prescription Pills?

Drugs laced with fentanyl will get you hooked quicker, making it a cheaper option. This is especially risky when people taking drugs don’t realize they might contain fentanyl as a cheap but dangerous additive.

What You Need To Know About Fentanyl:

Fentanyl is a powerful synthetic drug (an opioid) that is similar to morphine but is 50-100x more potent and dangerous. Typically, it’s prescribed to a patient after surgery or to someone with extreme chronic pain who develops desensitization to other opioids like morphine. Often, we aren’t aware of the name of the drug itself but are more familiar with the brand names (think: Ibuprofen powering Advil). When prescribed, fentanyl is the active drug in Actiq, Sublimaze, and Duragesic. 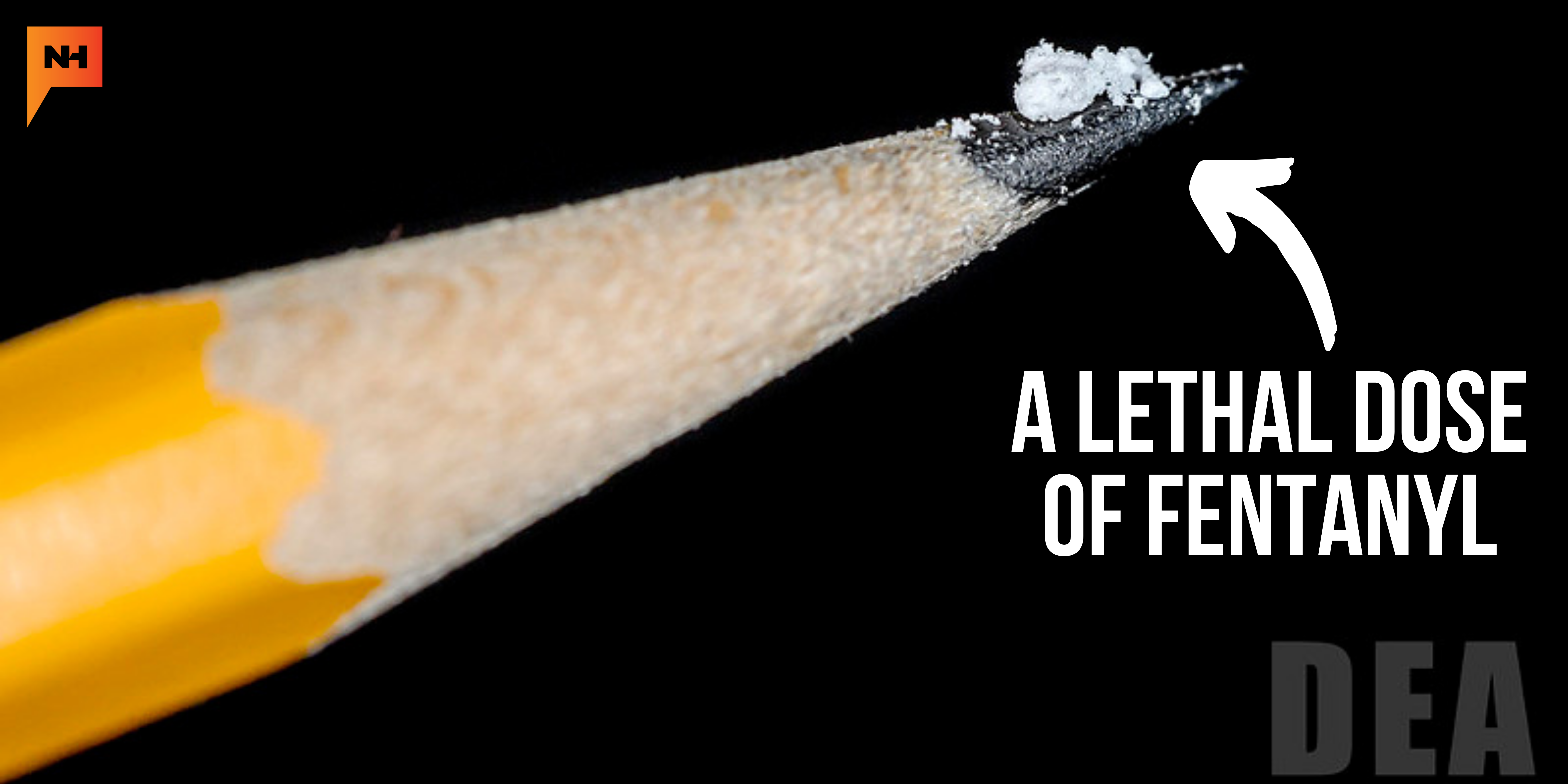 Opioids are a type of drug occurring naturally in the opium poppy plant. Some opioids are made from the plant directly, and others, like fentanyl, are made synthetically by scientists in labs using the same chemical structure.

All opioids, whether natural or synthetic, work by binding to the body’s opioid receptors, which are found in areas of the brain that control pain and emotions. The drugs block pain messages sent from the body through the spinal cord to the brain.

There are several legitimate medical uses of fentanyl, particularly to treat severe pain, typically after surgeries or during cancer treatment. Typically, when prescribed by a doctor, opioids can be given as a shot, a patch that is put on the skin, or as lozenges that are sucked like cough drops. If it is used outside of a hospital, it is usually applied as a patch that will slowly release over 72 hours. It’s designed to be used in limited, controlled dosages, under the watchful eye of a physician and pharmacist. It is usually administered in a controlled environment like an intensive care unit (ICU).

Fentanyl is addictive because of its extreme potency. Someone with a prescription for fentanyl can quickly become dependent, which is observed by withdrawal symptoms when the drug is stopped. Since addiction is so easy to occur, giving your body craving for the effects of the drug, it’s incredibly risky.

What are the side effects?

Fentanyl’s effects include extreme happiness, drowsiness, nausea, confusion, constipation, sedation, problems breathing, and unconsciousness. Someone addicted to fentanyl who tries to stop taking it will likely experience severe withdrawal symptoms just a few hours after the drug was last taken. These symptoms include muscle and bone pain, sleep problems, diarrhea and vomiting, cold flashes, uncontrollable leg movements, and severe cravings. Any one of those symptoms are uncomfortable, making it really difficult to stop cold turkey. The most concerning side effect of all opioids is respiratory depression.

What’s the danger for me and my kids?

Some drug dealers have been mixing fentanyl with other drugs like heroin, cocaine, methamphetamine, and MDMA. Drugs laced with fentanyl will get you hooked quicker, making it a cheaper option. This is especially risky when people taking drugs don’t realize they might contain fentanyl as a cheap but dangerous additive. They might be taking stronger opioids than their bodies are used to and can be more likely to overdose.

It’s impossible to tell by sight, smell, or taste. Not even drug dealers can tell which pills are laced with the poison until it’s too late.

How are kids getting fentanyl?

According to a recent article in the New York Post, “The deadly drug has been found in vape pens on high school campuses in recent months. And officials have a growing concern that middle school, high school, and college-aged kids are being targeted as criminals make fentanyl pills disguised as oxycodone, Adderall, and Xanax.”

Drug dealers no longer have to stand on shady street corners. They can now connect with kids online through social media platforms like Snapchat, Instagram, TikTok, and YouTube. Buying drugs is as easy as posting a series of specific emojis on social media to signal your interest in a sale.

What are some signs and symptoms of fentanyl misuse in kids?

Parents should watch for strange, out-of-the-ordinary behaviors from their kids that may indicate that they are looking for an escape and might be misusing fentanyl or other substances to help them escape.

The physical symptoms of fentanyl misuse will look similar to the symptoms of misuse of other drugs and substances.

Parents should be watchful for the following red flags:

If you suspect that your child is using any opioids or other substances, it would be wise to reach out to your school’s counselor, a drug counselor, mental health professional, or visit your pediatrician for a substance-use screening. Your child might be in imminent danger and need to receive treatment from a drug rehabilitation center.

If you think your kid has overdosed on fentanyl, call 911 immediately.

The fentanyl poisoning crisis is just that, and it’s getting worse every day.

Whether you’ve heard mention of the rise of deaths due to fentanyl on the news or not, it’s very unlikely your kids are aware. A recently released article details the increase in unintentional drug overdoses that has “led to 200,000 years of lost life for US preteens and teens who died between 2015 and 2019, study shows.” These are staggering numbers and that’s only a 4-year period.

Now is the right time, no matter how young or old your kids are.

We’re realistic. We understand that most kids (teenagers especially) don’t want to sit down with their parents and watch a public service announcement. That’s putting it lightly. That’s why we recommend committing to sharing the new documentary short film, Dead on Arrival, with them. It’s a short film about fentanyl’s deadly role in the U.S. illicit drug market created for a youth audience – watch it here. 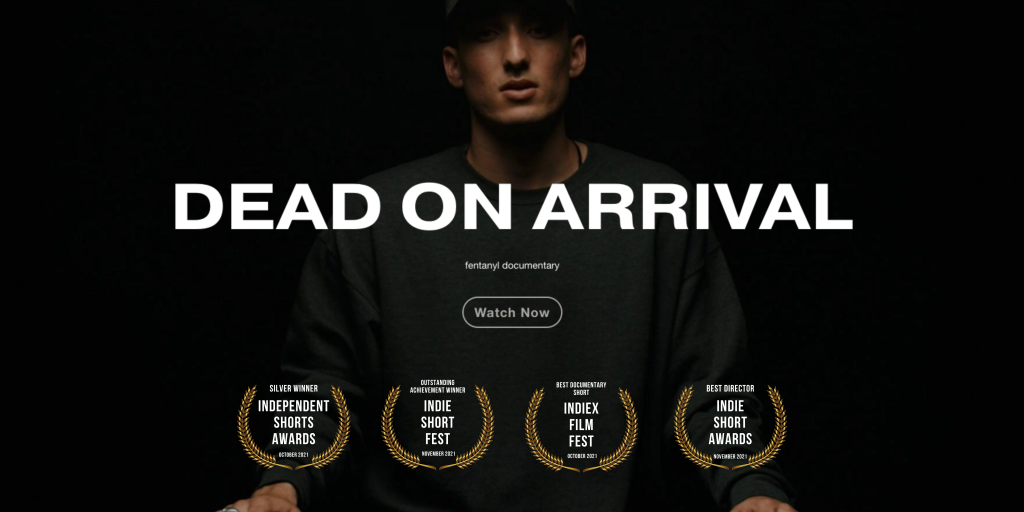 Produced, written, directed, and photographed by Dominic Tierno and Christine Wood, the film is focused on the people at risk. Those at risk include casual users, partygoers, experimenters, regular users, and even unsuspecting bystanders who may come into contact with the powerful opioid.

For those of you interested in the original, 20-minute documentary film, Dead on Arrival, you may watch it here. The film explores the stories of four families who lost loved ones to fentanyl in various ways and its larger impact on communities of all types.

In addition to the suffering and pain that fentanyl has brought to families and neighborhoods, the film is also a primer on what makes this epidemic so deadly and pervasive. It looks at the manufacture, counterfeiting, marketing, and distribution process that allows fentanyl to sneak into anyone’s home.

We know how hard it can be to keep kids’ attention for 20 minutes, so we’ve released a powerful, short (6-minute) version of Dead On Arrival.

With the film, we offer a toolkit including a discussion guide to help guide your discussions with kids. Access the free Natural High Fentanyl Toolkit here.

Talking with kids about fentanyl is crucial, and there are many more critical conversations to have with them, too.

This is just the beginning, we want to give you exactly what you need RIGHT NOW. And also, this conversation needs to continue. This topic is growing, and we are committed to bringing you up-to-date and relevant resources. Sign up for prevention resources.