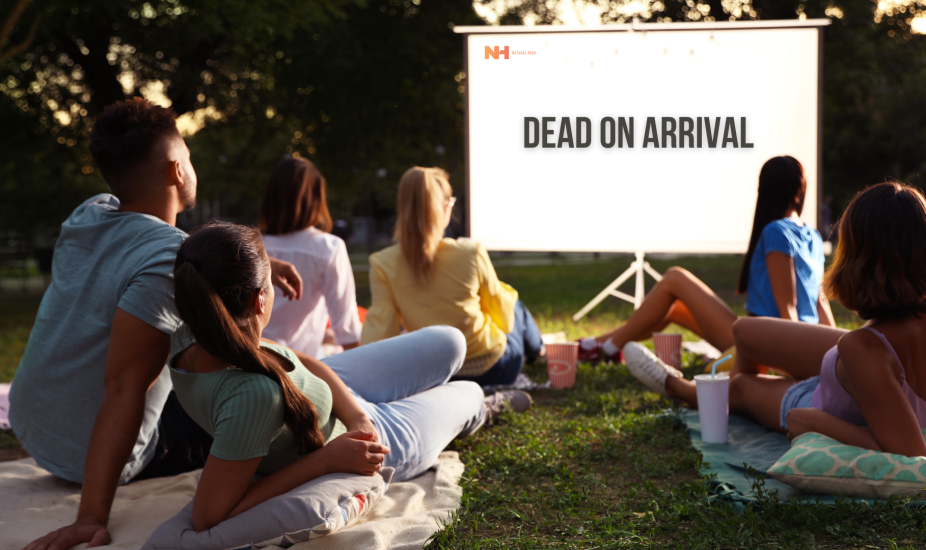 9 Ways To Share Dead On Arrival With Your Students, Kids, and/or Community Plus A Free Guide

We are excited to announce the release of our Dead On Arrival Film Screening Guide. Our new guide provides everything you need to share this critical short film with your kids, students, and community – including ideas for showing the film.

In case you haven’t heard of Dead On Arrival, it’s a short documentary film on the dangers of fentanyl. Dead On Arrival first premiered in 2021 as a 20-minute film with powerful first-person accounts of fentanyl deaths told by surviving parents. We know it can be hard to keep a kid’s attention for 20 minutes. So in collaboration with the filmmaker, we released a short, yet still impactful, (6-minute) version of Dead On Arrival to show youth.

As you know, fentanyl poisoning is a crisis, and it’s getting worse. It’s affecting kids and families in every community, neighborhood, and school. In 2021, 100K+ people died from drug overdoses driven by fentanyl, and the fastest-growing group is under 19. Awareness is key, and we need to educate our kids right now.

That’s why we’ve spent months putting together the short documentary film and a screening guide anyone can use to guide a thoughtful discussion—whether in school or at home. There are two versions of the film:

Educators can show the film in the classroom during homeroom, advisory, or health class, or they can hold a school-wide assembly. Parents can create an event to come together with other parents to watch and discuss the film.

We’ve put together a list of 9 more ideas for a film screening so you can share this impactful film with your community.

Download the full film screening guide below. It includes ideas and guidance on how you can bring the film to your community.

Regardless of the setting, showing the film can save lives. It’s too critical to skip or delay.

There’s no question that education is a key part of helping today’s youth make healthy choices. They need accurate information from trusted sources. That’s why your role is so crucial when it comes to the fentanyl crisis.