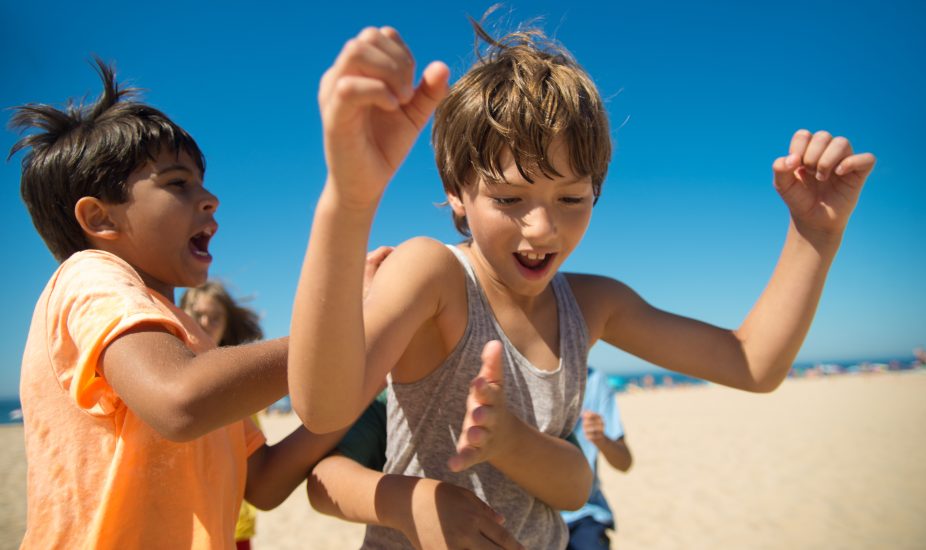 Will a child’s impulsive behavior lead to lifelong problems?

This article is the second in a 5-part series on the 4 Personality Risk Factors.

Matthew was always the class clown. Even in his early elementary years, he developed a reputation for frequently interrupting class to make a joke, using physical humor to make his peers laugh, and on the playground, he was notorious for breaking the rules of whatever game they were playing.

When he got to middle school, nothing changed. In fact, he seemed to get more brazen in his interjections, using inappropriate words to get a big reaction. When he got to high school, not only was he on a first-name basis with the assistant principal and behind in most of his classes, he was one of the first kids of his year to drink alcohol and vape at parties.

The kids and the parents in the community weren’t surprised. His misbehavior and lack of self-control had been clear since first grade. Many parents and teachers made side comments about how much Matthew would struggle to transition into becoming a responsible adult.

It’s difficult to manage life successfully when you lack self-control, and the kids who struggle the most with behavior and discipline are often the ones who have academic struggles as well.

Without knowing the source of impulsivity in each kid — whether it’s an intense home environment, genetic predisposition such as Attention-Deficit/Hyperactivity Disorder (ADHD), immaturity, or poor role modeling — the results have similar patterns. It doesn’t go well for them later in life, and they might make some truly harmful mistakes along the way.

Later on, fueled by a strong desire to fit in and find acceptance from their peers, with less adult supervision and more freedom, kids who struggle with impulsivity can often be the first ones to experiment with harmful substances.

Research revealed in recent years sheds light on what makes one person more vulnerable to substance use issues than others, and it has to do with their personality.

Dr. Patricia Conrod from Quebec, Canada, has led a research team and has demonstrated that personality factors can be highly predictive of who develops problems with alcohol and substance misuse.

There are four personality types in particular that seem to have a higher correlation with struggles. 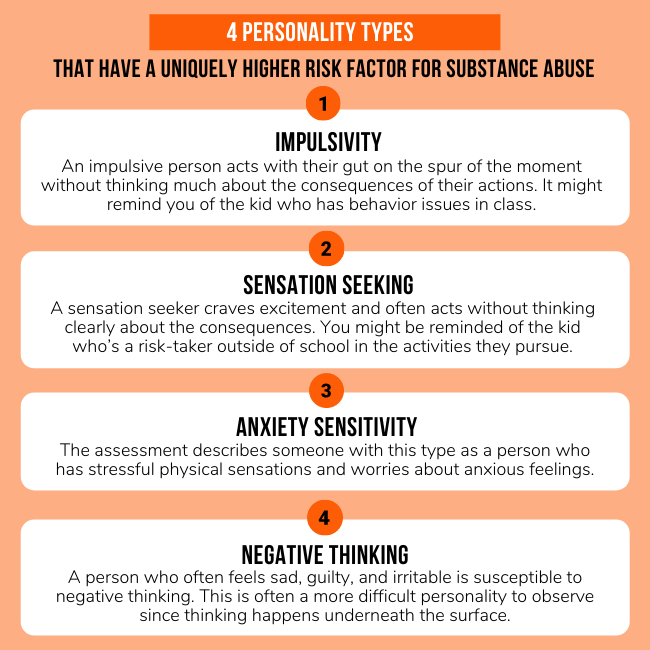 Impulsivity looks different in each kid.

So what can we do, especially with kids who have a noticeable bias to impulsivity?

Consider being more intentional with them to cultivate a skill of thoughtfulness and self-reflection.

The skill, then, to cultivate is to learn how to think before acting. The only way to help a kid get there is to act as their narrator.

It takes a while for any kid to develop self-awareness and wisdom. For some, their executive functioning might have more delays or impediments than others.

But, it’s important to be mindful of each kid’s developmental needs, and thoughtful to engage them in the skills everyone needs to handle the complexities of life.

If you’d like to start from the beginning of our 5-part series on the 4 Personality Risk Factors, read our article here. We dig in more to each personality type and how to guide kids well to make the healthiest, wisest choices in spite of their unique challenges.

Read the next article in our 5-part series on the 4 Personality Risk Factors here: sensation thinking.