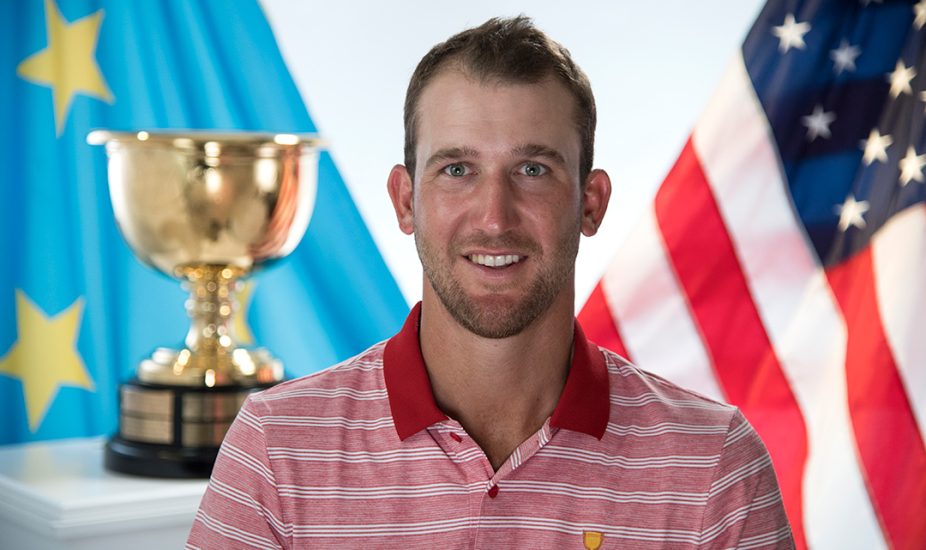 San Diego — PGA TOUR member Kevin Chappell is good on the green. In his debut appearance on a Presidents Cup Team in 2017, Chappell went 1-1-1 to help lead the United States to a convincing 19-11 victory over the International Team. It is no surprise that he was inducted into the UCLA Athletic Hall of Fame just last week.

And with every new swing, it turns out, Chappell is not just making his mark on the sports world. By ‘doing good’ with his green, he is also emerging as a philanthropist in his own right.

Chappell and his wife Elizabeth announced today their donation of $35,000 of Presidents Cup Team earnings toward efforts to help young people discover a ‘natural high’ instead of turning toward drug addiction. The gift, to the nonprofit Natural High, comes just weeks before schools and communities across America engage in Red Ribbon Week – an annual week designed to empower students to pursue their dreams, instead of the damaging effects of substances, starting October 23.

For Chappell, who grew up in Fresno, Calif., the cause is personal. Just three days before his brother Casey’s 25th birthday, Casey Chappell succumbed to drug addiction.

“He was addicted to anything that would alter his state of mind,” said Chappell. “Casey was always the kid so close to making the team, but would just miss the cut. He was the kid who had a good group of friends, but became drawn to that ‘other’ group of friends.”

The research-based idea of Natural High programs is that if tweens and teens can connect in school or at home with those they admire and trust – including celebrities like professional surfer Bethany Hamilton and skateboarder Tony Hawk – and engaging life skills curriculum, they stand the chance of becoming inspired to continuously pursue their own “natural highs.” ‘Natural highs’ are activities that naturally raise endorphins, like sports, art, religion, dance, music or environmental causes, or other healthful pursuits.

“When Elizabeth and I were looking into Natural High, I read about how many kids the program helps. And, I thought about Casey. My brother didn’t have anything like this to focus on back then. So, pledging our support to Natural High just seemed like the right thing to do.”

This new Natural High funding will be used to reach thousands more young people nationwide, during and after Red Ribbon Week.

“The generous contribution by the PGA TOUR and Mr. Chappell will allow us to reach and inspire far more young people to get into what naturally lifts them up, and stick with it,” said Gina Morris, executive director of Natural High. “Lighting this spark can make the difference between a life well-lived, or one that succumbs to addiction.”

According to the National Center on Addiction and Substance Abuse, nine out of 10 addictions begin in the teenage years. Overdose deaths, according to recent CDC news, continue to grow, year-upon-year, in most parts of the country.

Based in San Diego, Natural High was launched in 1994 (originally as the Sundt Memorial Foundation), by businessman and avid surfer Jon Sundt, after Sundt lost two brothers to drug addiction. Natural High connects youth to the stories of sports stars in the PGA, NFL, MLB, NBA, UFC, U.S. Women’s Gymnastics, and U.S. Track and Field, along with others in sports and entertainment.