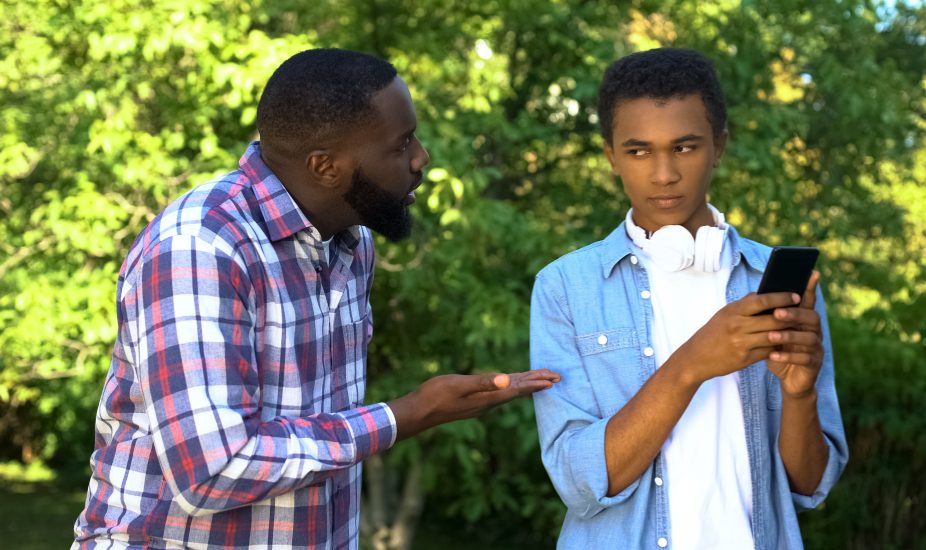 Any parent who has ever coached their own child in youth sports understands a strange phenomenon quickly: kids don’t listen to their parents as well as they do to other adults.

Any Little League coach will tell you the challenges to coaching their own kid. One coach said that when his son was on the pitching mound, the assistant coach would take over the instructions. If the coach happened to say something, like perhaps recommending that the boy should follow through or be ready to catch the ball after he threw the pitch, his son would glare inside the dugout and do the exact opposite thing his dad suggested. When the assistant coach’s son would take the mound, they’d switch, and the other coach would start instructing his son.

As it turns out, tuning out your own parents isn’t just an annoying thing kids do, it’s a biological evolution that prepares them for adulthood. Who knew?

A recent study from the Stanford School of Medicine found that around the age of 13, kids become less inclined to listen to their parent’s voices, especially their moms.

The researchers said, “in teenage brains, the reward circuits and the brain centers that prioritize important stimuli are more activated by unfamiliar voices than by those of their mothers.”

That’s clearly different from an infant, toddler, or the early elementary years when a mother’s voice is distinctly known and craved by kids.

A study in 2016 explored just how crucial a mother’s voice is to the overall development of a child: “One of the most salient voices in a child’s life is mother’s voice: Infants discriminate their mother’s voice from the first days of life, and this stimulus is associated with guiding emotional and social function during development.”

The most interesting question is the reason behind the shift.

The senior researcher from the Stanford study, Vinod Menon, said, “This is a signal that helps teens engage with the world and form connections which allow them to be socially adept outside their families.”

It’s an imperceptible, internal shift that triggers a kid to look externally for voices they can resonate with and bond to. Their social and emotional development is now contingent upon their interaction with peers, which is the training ground for navigating through the rest of life on their own.

Understanding this dynamic might not make it any less irritating to have a teenager in the house who seemingly ignores your every request, but it might help ease some of the tension and provide a little bit of context.

They aren’t being unnecessarily stubborn, obstinate, or rude; they’re actually growing up.

It also begs the question, if they aren’t listening to the wisdom that comes from mom (dad, grandma, aunty), and they start heeding more attention to their peers, where will their wisdom come from?

One of the most significant protective factors that can contribute to a lifetime of healthy choices for a kid is having positive role models and influences in their life.

That’s why we offer our Storyteller videos filled with positive, aspirational role models who represent the importance of discovering and pursuing your natural high.

They’re designed to give students an opportunity to reflect into the future and project what path their lives might take—should they make wise, healthy choices along the way. For over twenty five years we’ve seen how impactful it can be for a kid to be introduced to an influential, healthy role model.

Parents still have an authoritative voice in their kid’s lives, especially in setting clear boundaries and expectations. They are the primary role models for behavior that leads to healthy or unhealthy consequences.

Understanding how teens are keenly interested in peer acceptance, and how easily influenced they are by people they deem to be cool, will hopefully give you a more holistic view you can use to create a strategy to help them thrive.